After trying to renew my car insurance the other day I had this conversation with a lovely young chap at the end of the phone line when we got onto the employment section;

‘And what’s your profession?’

‘I support women during pregnancy and birth. I don’t sell crack.’

‘Oh. Shall I just put you down as ‘Healthcare/other?’

So yeah. I’m a doula. We don’t have our own tick box and when we tell people what we do we are met with blank stares. The irony is that unless you work in the birth world, no one knows what we are, but when we explain our role, everyone goes ‘Oh my god! That’s an amazing idea! I wish I had… 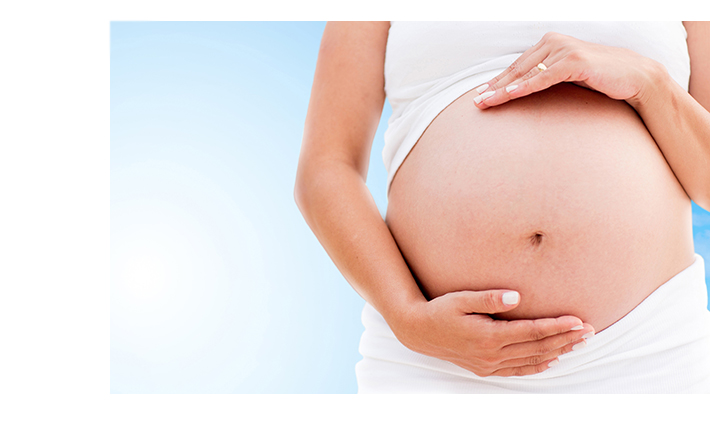 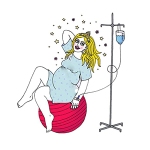 My Birth Story – by Catie Herring

I had a hunch I was probably going to want the epidural. I mean, I was open to not having one. ‘Let’s see’ was my official line. I’d read about the pro’s and cons and how it was more natural not to. But very much in the spirit you plan to meet a friend for a ‘healthy’ lunch, and tell yourself you’ll probably have a salad, but when you get there, you immediately switch to lasagna. That is exactly what making a birth plan is like. (It isn’t).

But I knew I was the kind of person who doesn’t have a great pain threshold and can’t really meditate it away using the power of my mind, innate femininity or animal instinct.

I was one of the last people in my NCT group to have my baby, and most of them had done it without the epidural, some of them spending thirty hours at home with ‘gentle’ contractions that ramped up gradually, before they even needed to go into hospital. Maybe I could just have the salad. Especially if I padded it out with garlic bread (gas and air).

I might cool it with the food metaphors now. Also, top tip: if you have a smartphone, get an app like ‘labourmate’. There are a few on the market some of them are free. It’s a like a glorified stopwatch, but they time your contractions and tell you how far apart they are, which is genuinely invaluable when you’re in labour and need to work out when to go to the hospital.

My contractions started at midnight, pretty violently, and 12 minutes apart. I rang the hospital, and they gave me the first standard advice: take two paracetamol and go back to bed. I took the paracetamol but it did nothing, and there was no chance of sleep with the pain, which was already worse than period cramps.

Within an hour they were five minutes apart, so I rang the hospital again, worried things might be moving quite quickly and that I should go in. I got the second standard advice: have a bath.

I had a bath. For a short while the bath actually helped with the pain a tiny bit. But then I reached a point where I suddenly had to keep being sick and emptying my bowels. It was kind of tricky to keep having to get in and out of the bath to do this.

Also in the bath phase, apart from getting worse, the contractions reached 3-4 minutes apart. I knew this was the moment that I was supposed to go in, but the person on the phone was reluctant to give me the go ahead. I told her it was very painful as well. ‘Well it will be,’ she replied, deadpan. ‘Labour’s very painful.’ She also suggested using the tens machine. Eventually, she said I could come in to be assessed but that they’d probably have to send me back home.

I didn’t care. I’d already written her off as a psychopath, and in my head was counting down the minutes until I could get the epidural.

My husband and I booked a cab at five in the morning, with me carrying plastic bags to be sick into. Some cab firms won’t take in labour women, so we just didn’t mention it. And luckily I wasn’t sick in the cab. I puked into my bags the second we stepped into the hospital instead. But to look on the bright side, my bowels were well and truly empty by now, so I only had to worry about one exit point.

The contractions were so painful I couldn’t walk during them. Also, they annoyingly lasted 90-120 seconds (not the 30-60 I’d been told to prepare for). Every time there was an extra painful one I sweated and was sick, then I would be shivering and cold immediately afterwards. So it took a while to hobble to the right bit of the hospital.

After a short but incredibly disheartening wait in a public waiting room (I felt self-conscious moaning and puking in front of strangers) I got to be assessed by the psychopath on the phone. On the plus side, the hospital had handy puke catching containers, so I didn’t need my plastic bags anymore.

My psychopath was still under the impression she might get to send me home, despite the fact I was now puking yellow bile right in front of her. ‘You’re on the borderline,’ she told me. (If you’re less than 4cm dilated apparently they send you home – but how can you know that till you get there anyway?) ‘Let’s be generous and call it 4,’ she finally concluded. One persons generous is another persons humane I guess.

The great thing was that after her, everyone else at the hospital was absolutely lovely. (And to be fair her job was to get rid of the people that really do go in too early).

I can’t remember much about this bit apart from trying the gravity-helping positions and continually demanding the epidural, but being told they were getting my room ready.

Finally I was taken through to my room by a lovely midwife, but still had to wait for the anesthetist. I tried some gas and air while we waited (and so did my husband) but it didn’t do that much about the pain. It did force me to take much deeper breaths, which I had been panickily refusing to do, which was good. The tens machine also didn’t help me that much. But I think maybe it would have done more if I had started it sooner and remembered that you’re meant to up the voltage as your contractions get worse.

Finally, at 7.30am I got the epidural, and then everything was amazing. The room turned from a place of pain into a tranquil utopia. Even my mind went very zen and relaxed. Also I immediately stopped being sick. (I’ve since learned that the puking/sweating/shivering thing doesn’t happen to everyone and that I was experiencing intense hormonal changes with a very fast labour).

I was hooked up to drips, including one replacing all the fluid I lost puking, and a catheter (result – didn’t even have to get up to wee). All I had to do then was rest and drink water for a bit. My husband actually did some work on his computer.

The four-hour dilation check came at 9.30am, and the midwife told me they were hoping for 6cm if the epidural hadn’t slowed things down too much. I was at 9cm, so that wasn’t a problem.

At about midday, it was nearly time to push but my baby’s head was turned to the side, and my waters hadn’t broken. They’d given her some time to turn her own head but eventually a doctor came in and manually turned her head round.

I’d been able to top up my epidural every 15 minutes (if I’d wanted to) at the click of a button I had control over. I’d been trying to let it wear off a tiny bit so I could feel more for pushing.

They thought they might have to break my waters if they didn’t break soon, but luckily they broke at the last second before it was time to push.

After an hour of pushing, they told me my baby was getting tired, so they were going to use the small cup. (I hastily started pressing my epidural button again).

The doctor had to make a small cut to help get the baby out (she had and still has a really big head). This did the trick and as soon as her head was out she started crying while the rest of her body was still in me.

I’d been closing my eyes for each push, and suddenly, at 2.05pm, this time when I opened them there was a baby in front of me. It was amazing and magical and all the things they tell you it is, but mainly it was surreal.

When you see newborn babies on TV, they’re usually asleep. I wasn’t completely prepared for how otherworldly they look when they’ve just arrived, screaming. I was tired and doped up from the epidural, which just made everything more surreal. I remember absently thinking, ‘that wrinkled, angry troll is mine. It’s fine, I’ll love her anyway.’ But within an hour she looked like what I expected a human baby to look like.

I definitely consider her birth to be a positive experience. I think this was down to how lovely the midwives and doctors were. But also definitely the epidural. Sometimes it’s good to have the lasagna.